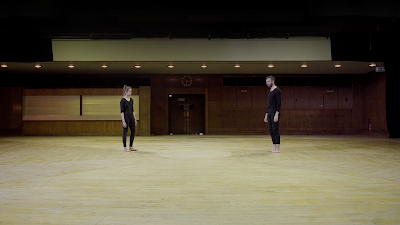 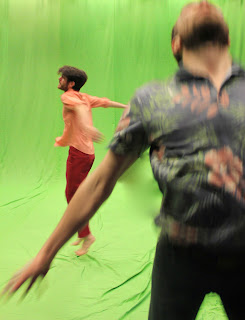 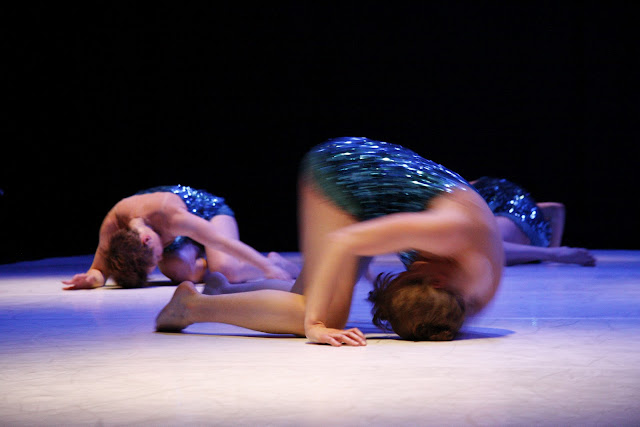 
How far can we go in the pursuit of perfection and what happens when we can do everything?
Wonderful and Fine is a proposition of human evolution from an amoeba to an omnipotent showgirl. The piece is a task which the dancers try to accomplish in the best possible way.
It seems that a good individual is a part of a bigger group of similar good individuals and belonging to that group acquires a pursuit for perfection.
Wonderful and Fine looks at the way in which people turn their backs to each other when they themselves are safe and wonders what would happen if we could be this perfect group of people?

WONDERFUL AND FINE is chosen as the first collaboratively produced dance piece by the Network of Regional Centers for Dance in Finland. In 2012 the work will tour in Tampere, Kuopio, Oulu, Turku, Jyväskylä, Seinäjoki and Helsinki in Finland.
Review in Finnish, Helsingin Sanomat.
http://www.hs.fi/kulttuuri/tanssi/artikkeli/Tampereen+Tanssivirta+raaputtaa+ihmisyydenpintakiiltoa/HS20120419SI1KU03m7c

The world is predicted to end in 2012. This is the last dance. The piece explores the concept of beauty and dead and living bodies. Hypothesis is this: the end of the world is coming now and we are making a piece. what are we going to do? What is the dance that you could dance until the end? When is the end coming? We are dancing and waiting, the end is coming at any moment. Do you dance so that you would forget? Or do you wanna be close to someone? Do any of these choices matter?
"Janina Rajakangas' piece is secretly wise and a little crazy. The circle closes and finishes where it started; naked Adam and Eve lie down to wait for the end. The door of the tent of harmony closes. This is contemporary dance at its most challenging and best. " Jussi Tossavainen HS

The basic idea of a striptease is to start with your clothes on and finish without them meanwhile doing sexually arousing moves. I have reversed this, but kept the intention. The work celebrates love and body. It is a piece about the female mating ritual.

Carmen was my graduation piece from the Theatre Academy in Helsinki, it was then chosen to be part of Neu/Now online festival 2010. "With the NEU/NOW Festival ELIA (European League of Institutes of the Arts) taps into the potential of more than 250,000 art students, intending for the annual festival to grow into a major leading and trendsetting event showcasing the artists of the future."

A short participatory performance done in the middle of the night as part of Sivuaskel-festival in Helsinki.

A participatory dance piece that takes place on stage.